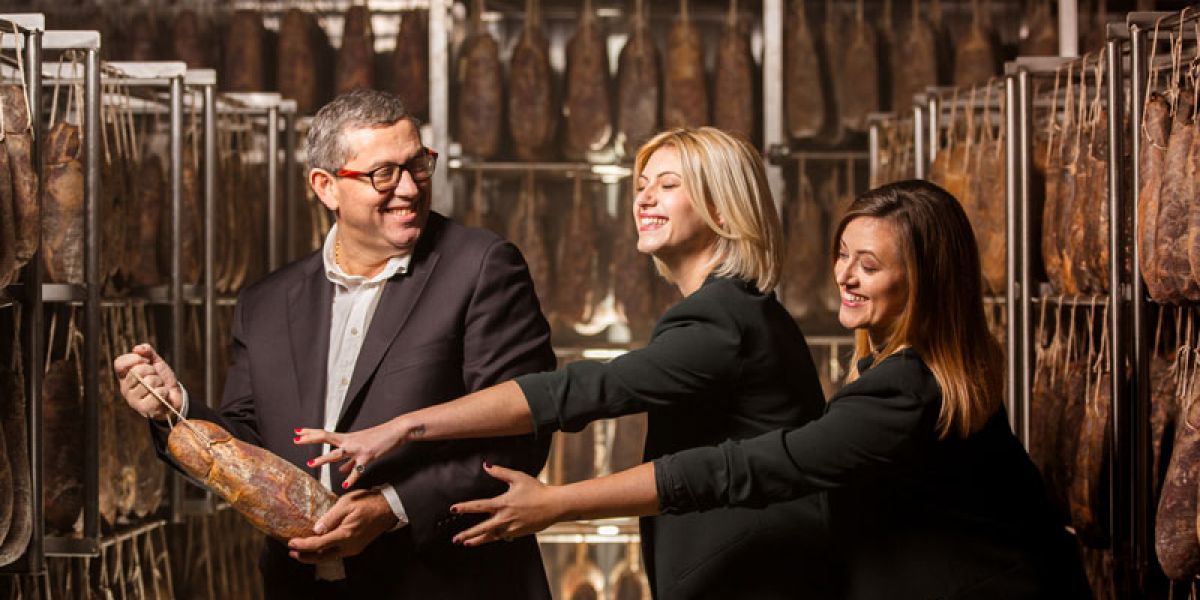 We are Angela and Micaela, but  everyone call us #lesantorine.

By now, a second name, at least since our mother began to call us that, when it is ready on the table. To cross this #hashtag the first time, the mental associations that derive from it are the most disparate and go from ͞habituée of one of the most celebrated islands of the Cyclades to natural images of some patron saint of IGP products. It's not really like that. The two of us are - obviously - two sisters, born in Cisternino and re-born in the countryside of a small Apulian district, Marinelli, who have chosen to do a job, even to make a life, which from the dawn of the people is defined, rightly or wrongly, the cured meat producer. The real, big question is: why? Because Giuseppe Santoro, the artisan of waiting or otherwise known as a father, has grown us since childhood to bread and salami, as many parents have done with our peers. But in this case he produces the salami. And he was the good of all.

The passion that transmitted us to one of the most fascinating - and tasty - jobs in the world, made us want to make it unique and, why not, cool. For years, therefore, we go around the world to tell a story, ours, starting from a certainty: our roots, those strong roots that sink in a distant past and that are, of course, edible roots. In this space, which we have the honor to take care of, we want to tell you about our everyday adventure, our point of view on things, territories, excellences, traditions, perspectives and ambitions that surround us.

What does it mean to be Food Maker in the south, in Puglia, in the valley of the trulli. And what meaning does it mean for both of us to put our hands and faces daily in a fantasy world, like that of food. Our stories will be complete with all the imaginable consequences on our psyche, halfway between the food and wine hedonism and the atavistic sense of food guilt (which is inherent in the female), to which our marvelous profession has accustomed us over time.